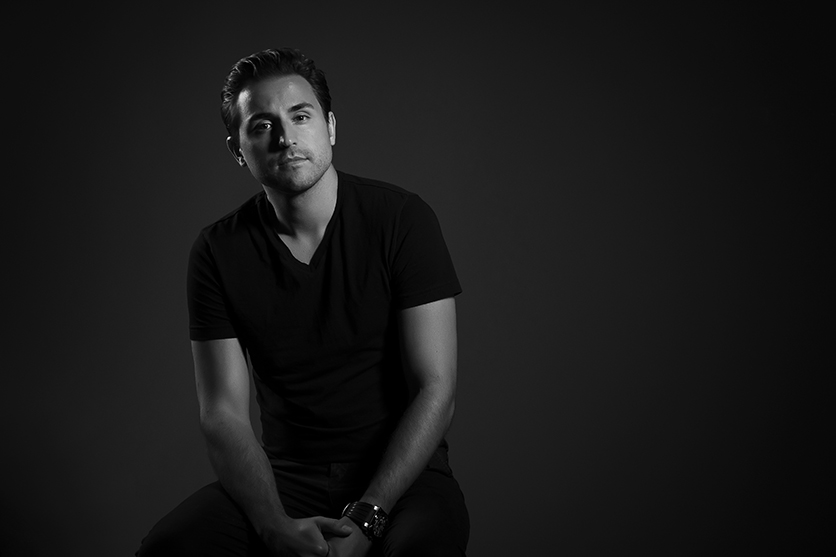 Since his debut solo release in 2011, “The Windy City Session”, recorded and produced by Grammy winner Jim Tullio in Chicago IL, singer/guitarist Dan Jost has been gaining ground and grabbing the attention of listeners, media, and renown industry professionals alike. In the summer of 2012, Jost landed into the Top 2 finalists in Philadelphia rock station 93.3FM WMMR’s search for the best singer in the area to join the super group, Jaxon’s Local Shots All Stars.

A 23 year veteran musician and influenced by Rock, Funk, Pop, Jazz, R&B, and Progressive music, Jost creates a fascinating blend of hard hitting Pop/Rock/R&B with memorable hooks yet maintains a devastating rhythmic groove and depth to both the composition and lyric. Jost, who emphasizes storytelling in his songs, is also an accomplished soloist and all too comfortable with improvisation and a natural fit in the guitar slinger role.

Growing up in Vineland, NJ, by way of Philadelphia and Atlantic City, Jost is the first of two children born in a creative household where expression was encouraged. His father, a four category Billboard Song Contest Winner with songs recorded by The Band and Carl Perkins, introduced him to music as a young child, performing family concerts together in the basement studio and teaching him how to play many different instruments and the fundamentals of music. It wasn’t until he was age 13 that Jost, like many others in his generation, became enthralled with the 90s rock movement and decided to play guitar, with bands such as Nirvana, Stone Temple Pilots, Smashing Pumpkins, and Soundgarden leading the way. The kid turned out to be a quick study: two years later he was sitting in with house bands at local clubs and doing guitar session work for his father on nationally televised jingles.

After the band split, Jost quickly went on to become one of the most in demand guitar teachers in the South Jersey area and accepted the position of Music Director at the Paul Green School of Rock. Nominated as the best guitarist and vocalist in the city of Philadelphia by Origivation magazine and landing sponsorships with Rockstar Energy Drink and Sam Ash Music, he auditioned for and received the guitarist/vocalist spot in Atlantic City’s biggest live house act, Almost Angels, at the Trump Taj Mahal.

Considered “by far, the most memorable introduction to someone, musically or otherwise, than I can recall” and with a “wonderful sounding voice: authoritative, but not overblown, sensitive, but not wimpy, with a range that’s impressive” by multiple Grammy winning producer, mixer, engineer, songwriter, and journalist, Mike Barbiero, (Whitney Houston, John Lennon, Guns n Roses, Counting Crows), Dan Jost is primed to take the industry by storm on his own terms.

As of 2019, Jost has been a sought after Music Director in the Tri-State area. His most recent direction was for the production show Almost Angels at Ocean Casino Resort Atlantic City and Las Vegas production, Legends in Concert at Harrah’s Atlantic City.

While working nights in AC as an entertainer, he spent the days commuting to Rowan University, graduating at the top of his class with a bachelor’s degree in Marketing. He founded Main Stage Marketing LLC in January 2012, specializing in social media, internet/mobile marketing, and creative promotions. Dan has also continued to give back to the community through his work with charities AC Rescue Mission, Red Cross, Philabundance, and Shirley Mae.
Follow Dan
Latest posts by Dan Jost (see all)