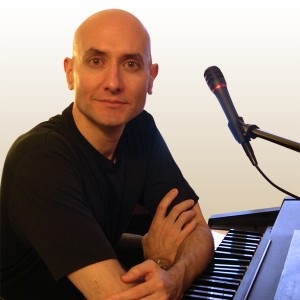 It is very common for a lot of young rock singers to dive into the process of getting a band together, practicing, recording and playing out without ever really learning how to manage their voices.  (That’s like owning a car for the first time without knowing what you have to do to maintain it.  Wow!  Lube jobs?  (Who woulda thought?)

Consequently, unless they are one of those very rare singers who is fortunate enough to possess a great ‘natural’ voice that just happens to work correctly all the time and is well suited to their chosen genre, they naively abuse their voices to the point where they start continuously canceling gigs or have to stop singing altogether and either never go back to it or need to undergo vocal surgery.

The irony is, learning how to sing properly by maintaining your voice is not rocket science.  It is simply a process of conditioning the right vocal muscles so they can withstand the rigors of this genre and observing through trial and error what formula works best for your individual voice, since it’s different for everyone.  This is most likely not going to happen without the guidance of a teacher who specializes in training pop/rock singers.  Would you go to a soccer coach if you are a tennis player?

The first and most important thing to be aware of is that, provided a singer has at least some knowledge of correct vocal technique, the vocal cords will withstand almost any kind of abuse as long as you condition them into it gradually and rest them appropriately.  The idea that working your voice all the time at the beginning will build your vocal stamina is ridiculous.  If you don’t rest the cords regularly in the early stages of your singing career you are not allowing them to become accustomed to a new level of stress.

The vocal cords are a muscle group and need to be given the opportunity to repair themselves frequently during the early stages of singing activity.  When you go into band practice for the first time, don’t sing again until the voice feels completely recovered.  Follow this formula for a while until you feel the voice getting stronger.  Then you can sing two days in a row before resting your voice.  As time goes by, the rest periods become less and less frequent until the cords are completely conditioned and the singer can finally sing all the time.

The best principle to follow is to simply listen to your body.  If your voice is saying “I’M TIRED, IDIOT!” don’t sing again until your cords feel completely recovered.  Keep in mind that the vocal cords are very delicate compared to the rest of the vocal mechanism and even if you are fortunate enough have a particularly hardy physicality, your cords may not be so lucky.

Keep in mind also that sleep is the single most significant factor in the repair of the voice.  If you are using your voice a lot, get lots of sleep and vocal rest.  It’s hard to resist the temptation to party with the groupies after gigs, but remember that not everyone has the constitution of a Steven Tyler.  Just because many rock legends were able to abuse themselves and still get by doesn’t mean anyone can.  That’s one of the reasons they became legends.  Again, you need to learn from experience what your limits are and abide by them.

The other most common cause of vocal damage among rock singers is that many young singers start writing songs and performing them without any knowledge of what their true vocal range is.  Time and again a rock singer will come into my studio complaining of frequent vocal fatigue and after evaluating them I find that they basically have a medium vocal range.  I then listen to them sing a couple of the songs they typically perform and find that the key is ridiculously high.

I tell them that they need to transpose all their songs to a lower key and they say that the other band members will object because “It won’t sound good on the guitars” or “Scooter doesn’t like to play in that key”.  Strangely enough, in spite of the fact that they are paying for my expertise, when I don’t tell them what they want to hear they rarely follow my advice, carry on as they have been and jeopardize their voices.  Well, if a guitarist breaks a string he can easily replace it, but if you break a vocal cord, you’re screwed.

I have found it to be a very common phenomenon that band members often tend to be very non-sympathetic to the lead singer, especially if he is not the ‘head’ of the band.  And since many young rock singers are desperate to join a band, they allow themselves to be taken advantage of until their voices are shot and the band just finds another disposable chump.

Bands must always keep in mind that the lead singer is the only member who is playing an organic instrument which is a part of their body and therefore must always be given preferential consideration.  If the band is fortunate enough to have a lead singer with a great natural voice then this is not usually an issue, but if not they must put egos aside and be considerate and respectful of their front man‘s voice or it may not always be there.

If you follow these simple guidelines it is extremely unlikely that you will ever get into any vocal trouble.

Follow John
John Nicholas Peters
John Nicholas Peters has been teaching voice privately in Philadelphia since 1984 and studying vocal technique in Europe and the United States since 1974. John's specialties include expanding and strengthening the range of the female chest voice, building a marketable singing voice completely from scratch, improving any singer's voice far beyond what is generally considered possible and teaching all styles of singing from rock to opera with equal effectiveness.

John holds a Bachelor’s Degree in Voice Teaching from the Birmingham Conservatoire, Birmingham, England, and a Master of Music in Voice Degree from The University of the Arts, Philadelphia,.

John Nicholas Peters has been teaching voice privately in Philadelphia since 1984 and studying vocal technique in Europe and the United States since 1974. John's specialties include expanding and strengthening the range of the female chest voice, building a marketable singing voice completely from scratch, improving any singer's voice far beyond what is generally considered possible and teaching all styles of singing from rock to opera with equal effectiveness.

John holds a Bachelor’s Degree in Voice Teaching from the Birmingham Conservatoire, Birmingham, England, and a Master of Music in Voice Degree from The University of the Arts, Philadelphia,.